The city preserves the testimonies of its past in every corner. Greek, Roman and Baroque styles come together in an irresistible scenario that tells millennia of history.

Starting from the ancient nucleus on the island of Ortigia, you can admire the cathedral, with its Baroque façade that rises on the peristyle of the Doric temple of Athena of the century. V BC, remodeled in the Norman era and later. Other important churches are that of San Giovanni alle Catacombe with the crypt of San Marziano, and the Church of Santa Lucia alla Badia with the painting by Caravaggio “Burial of Santa Lucia”

In piazza Pancali, on the other hand, there are the ruins of the temple of Apollo, a Doric sanctuary from the early century. Street. C.

The wonder increases when you move to the Neapolis district, where there are the remains of the Greek theater, the Roman amphitheater, the great altar of Gerone – the largest altar of the Greek age that has come down to us – and the cave of the Cordari, the most famous of the latomie.

The splendor of the Renaissance and Baroque buildings must be added to the archaeological wealth.

Absolutely not to be missed, on the extreme tip of the islet of Ortigia, a visit to the castle of Maniace, a remarkable example of military architecture built by Frederick II in the first half of the 13th century.

There is an access ticket in the city and parking is allowed in the picnic areas, available on the official website of city mobility at: https://www.comune.siracusa.it/images/doc/PoliziaMunicipale/Check_Point_Bus_Turistici.pdf 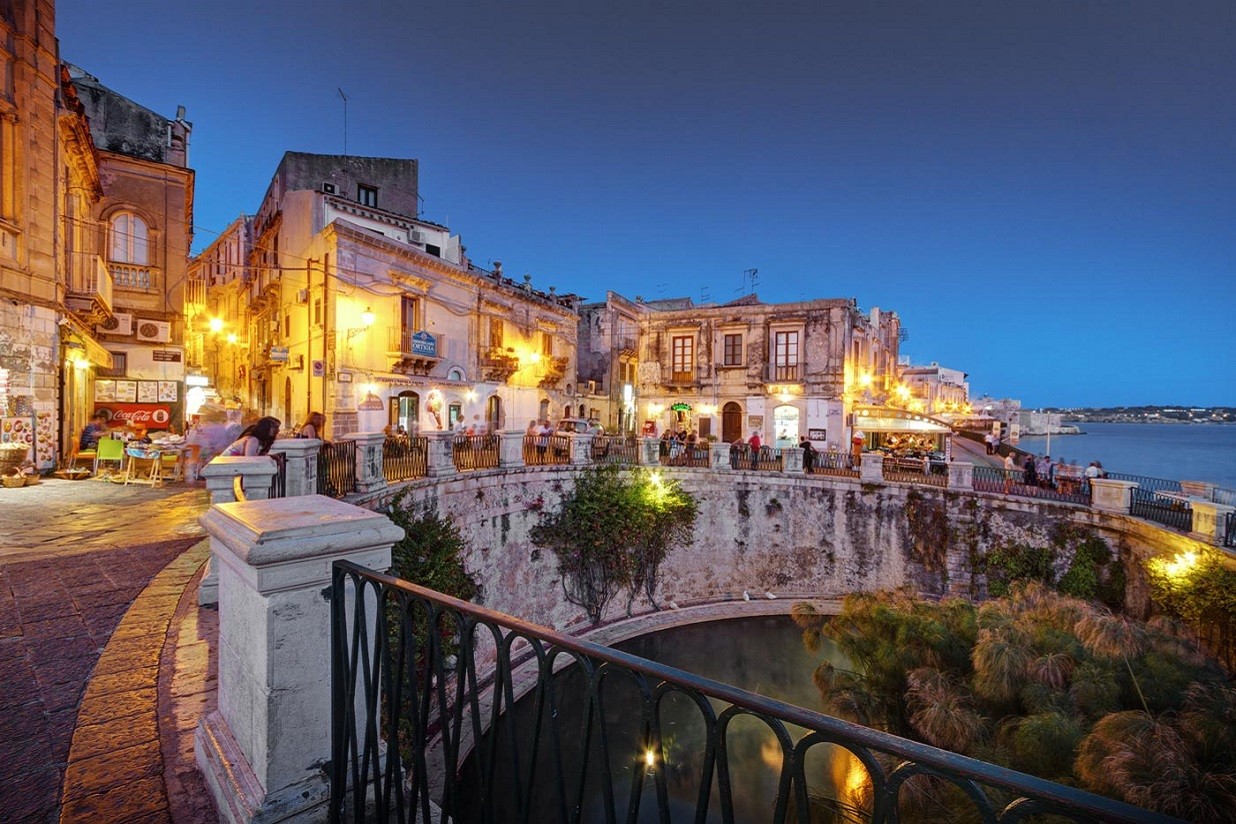